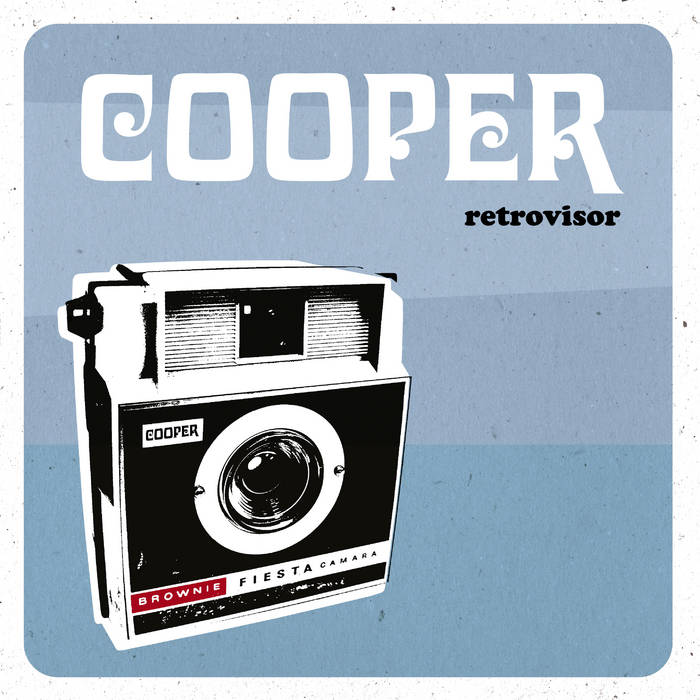 We are still getting to the final releases of the collection we announced in 2014 for Elefant Records’ 25th anniversary, in which we have been rescuing some of the most special releases from our label. This time, we are looking at our resident greatness, Álex Diez, who in 2004 released his second album under the name of COOPER, “Retrovisor”. The album that confirmed that there was life beyond LOS FLECHAZOS, and that the era of pop still had so much to look forward to.

At this stage it is a classic, and we can find some of the most representative songs of their career on it, regulars on their concert setlists like “Cierra Los Ojos”, “Cerca del Sol”, “Oxidado” and “Rabia”. It’s an album that came into being as a retrospective of the songs the group released between 2003 and 2004 on different Singles and compilations, with the result being a collection of absolutely perfect and immediate compositions. It is proof of their sunny, enriched music, overflowing with energy, and this time it comes with three extra songs that were not included on the original release of the album.

First of all, there is the cover of LOS BÓLIDOS’ “Ráfagas”, which they have played countless times in their concerts and which was released as the B-side of the CD-Single “Oxidado” - a Single that has been completely out of print for years. “Ráfagas” is coming back out in physical format and for the first time on vinyl. Another special inclusion is “Seis Menos Diez”, a cover of THE MUFFS that appeared on the B-side of “Rabia”, a CD-Single they gave away with the purchase of concert tickets for the “Retrovisor” tour, and that couldn’t be bought in stores as it was never released for sale. And finally, one last rescue – this time from the CD-Single “747”, another collector’s item today: “Hoy No” will be included on the 2018 version of “Retrovisor” along with these other two fantastic covers. All of these are being made available for the first time on vinyl, and to complete this re-release that we have prepared with so much care to celebrate the first 25 years of Elefant Records (1989-2014). But above all, this celebrates COOPER’s music, which keeps us young and continues to excite us, just like it always has, and just like it always will.