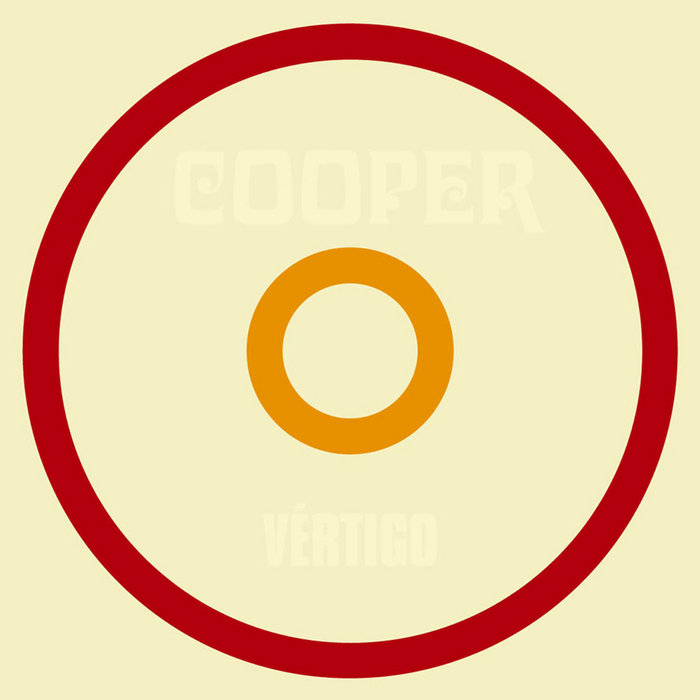 COOPER is the new solo project of Alejandro Diez, who used to lead a band called LOS FLECHAZOS. It was the most important band in Spanish sixties mod scene, And it managed to have a lot of commercial success as well, getting popular among very different kinds of people. Some of LOS FLECHAZOS’ records were released abroad, and the band played live dates in several foreign countries, achieving to make themselves a name in international pop scene.

After the split of the band, Alejandro remained in silence for some years, till COOPER’s debut album was released in November 2000. It contained a collection of excellent timeless guitar pop songs, in which he got away from the strict mod norms to follow his own intutions and his current tastes.

This new CD-Single includes two of the best tracks out of “Fonorama”. “Vértigo” shows our hero exactly where he wants to be: much closer to TEENAGE FANCLUB or VELVET CRUSH than to his former days with LOS FLECHAZOS. Loud guitars, a fantastic power pop melody. But it’s a bit pointless to make comparisons, as Alex’ way of composing and singing is really personal and owes nothing to little else than himself, after more than a decade of excellent songs. “Rascacielos” represents the other side of “Fonorama”: it’s much faster and energetic. It’s included here to prove his author’s versatile composing skills, which doesn’t affect to the album’s coherence at all.

There are two non-album unreleased tracks, as natural and fresh that give the impression they could be composed with no effort, though they hide a lot of hard work behind this appearance of simplicity and freshness.

“Sara tiene un secreto” is so perfect and direct that it’s amazing it was not finally included in the album. It could even have made an excellent single A-side. It contains the best features in COOPER’s music: rocking guitars, an irresistible catchy tune plus simple but intelligent words in Spanish.

“Canción de cuna nº 2” (“Lullaby #2”) is quite another thing: here Alejandro’s vocals are only accompanied by his guitar, something he couldn’t have done in his previous band. The result is highly moving.