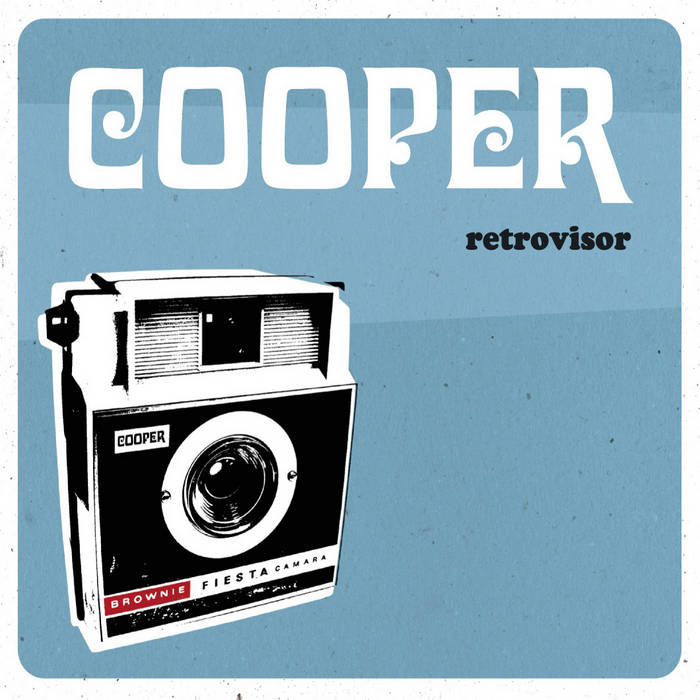 Until recently, when we talked about COOPER, it seemed necessary to mention the illustrious past of their leader, Alejandro Diez, fronting LOS FLECHAZOS, one of mythical names in Spanish Pop. Until their split, made known during the mod Purple Weekend Festival in 1998 (an event organized by themselves) LOS FLECHAZOS waved the flag of mod-beat in Spain, and still there’s no other band capable of taking their place. They released six LP’s and toured infinite times around Spain, with more than sixty TV appearances. During all this time they also did video-clips, recording sessions in England, concerts in festivals, and tours in Italy, Germany, France, Switzerland and the UK. The fact of singing in Spanish helped them to become so popular in Spain, and the two singles released on British label Detour Records, sung in English and with very good sales, as well as the live CD released on German label Fourtune Records, were about to achieve the same in Europe.

Few years after the band’s demise, Alejandro came back with new illusions and brilliant new songs. COOOPER isn’t meant to be a follow-up to LOS FLECHAZOS. But nobody should expect a stylistic turn too forced. Any FLECHAZOS fan would recognize immediately the one who hides behind COOPER, as Alejandro’s vocal style and composing skills are completely unique. To cut a long story short, COOPER is not LOS FLECHAZOS, but COOPER is one hundred per cent Alejandro.

In November 2000 Elefant releases “Fonorama”, COOPER’s first album, where Alejandro was accompanied by a selection of session musicians such as Carlos Torero (ex RADIO FUTURA and owner of Rock Soul) on drums, Mc Cartney (ex SEX MUSEUM) on bass and Mario Alvarez (POPELS) on guitar.

Alter the warmest of welcomes given to a new project that was free from the ties and the weight of past of his previous band, COOPER releases a new single in March 2003. This single brings a new episode in the band’s career, proving once again their spirit against conformism and their ability to accept new challenges. Alejandro has determined not to embark again on an album recording: “747” was the first on a list of singles to be published in several deliveries. From now on we’ll enjoy their magnificent songs in small doses. The single includes four surprising songs: “Yo sé lo que te pasa”, “Lejos”, “747”, and “Hoy no”; any of them capable of being a perfect single. Songs impeccably composed, with a classic making but fleeing from revivals and easy pigeonholing, with melodies and lyrics bearing the unmistakable hallmark of its author.

Mario Alvarez(guitar), Pablo Alvarez (bass) and Antonio Pérez (drums), round up along with Alejandro Díez (lyrics and guitar) COOPER’s new line-up, which starts to consolidate as something more than just a backing to Alejandro’s music.

In January 2004 a new single is released, “Oxidado”, including four songs: "Cerca del sol", "Silverstone", "Oxidado" and "Ráfagas". Fans of the band already knew the last track from COOPER’s first tour: an 80’s Spanish pop classic, the best composition by the cursed band LOS BÓLIDOS, turned into hit by LOS SECRETOS in the year 1982.

Finally, in November 2004 “Retrovisor” is released, a road stop to review COOPER’s trajectory during the last months, before getting back in the lane which is providing Spanish pop fans with so many good times.

A COOPER new album? But hadn’t Alejandro Diez written an outstanding decalogue supporting his decision to stop recording LPs, focusing from now on singles? Well, “Retrovisor” is a new COOPER album, although the band has only recorded three new songs; in short sessions, always stuck to their compromise with immediacy and spontaneity. They have been reunited in an album with other songs that have been appearing during 2003 and 2004 in different formats. Twelve songs to be a past viewfinder, a complete retrospective to be graphically expressed in the album design with a collage technique (images from different moments, different situations, different formats, in perfect analogy with the album’s sound content). The elements in the collage are pieces of art by others (besides “chance art”) in a certain way used by Alejandro to build his own universe, linking music and lyrics with the images they bring to the mind of someone obsessed with pop culture: The plane from "747", Chillida’s Comb of Winds from "Oxidado" (also with mentions of the Kursaal), the Munich BMW building or even Manchester Cooper Street. A series of references as keys to understand an aesthetic and musical universe which evolves -at the same time, revealing itself with growing clarity- in every new step by Alejandro as composer and creator.

"Retrovisor" represents a review of the results of COOPER’s brand new focus, radically independent and centered on pop music passion, immediate and absolutely present. Alejandro wrote in regards to the release of "747": if you make just an album you will seek perfection, while, if you release singles regularly, it allows you to sit and see the way your music “breathes”, letting it grow and suiting your steps to it. "Retrovisor" means a break in this growth, an analysis of all the releases up to date, reviewing the notes and observing with perspective.

After listening to these twelve bright, energetic and all-time pop songs, we come to a clear conclusion: the decision taken less than a year ago was right. This release, taken as an album, stands up perfectly without support, as a qualitative advance from the already consistent "Fonorama", but also benefits from the vigor, the nerve and the audacity of these short and concentrated recording sessions. Small restorative pills of an immediate effect, along with their characteristic riffs and melodies, such as the three brand new songs, previously unreleased: "Munich", "Rabia" (THE BEATLES leaked through the most speedy new wave) and "A Oscuras" (nostalgic and intimate); most songs (some of them remixed) from their two previous singles, "747" and "Oxidado", already out of stock and this way available for their large audience; and a variety of rarities: "Cierra los ojos" (a gift with the 2003 tour ticket and previously unsold), the cheerful "Sin respiración" (previously included in the "Modapop" compilation) and a cover of LOS FLECHAZOS’ classic "Quiero regresar", which appeared on the cd gifted with the Kitchenette fanzine, besides being released in a split-single with German band THE CHEEKS.

Besides, this album (which will also be released on a vinyl limited edition) includes the video clips of the songs "747", "Cerca del sol" and "Cierra los ojos". A look at the immediate past, a clear rear-view mirror. From that point, COOPER looks forward again, faithful to their principles, with the certainty that the analysis of the days gone by gives, and the proof of being in the right track. With us, alongside, enjoying their excellent time.