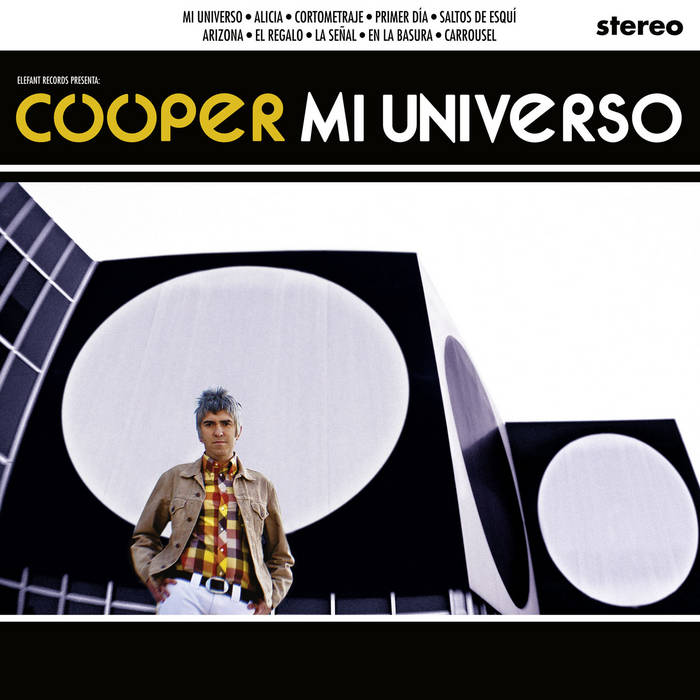 There is something magical, something the timelessly classic label foresaw, about the new album from COOPER with Álex Diez fronting. Maybe the spark flared when recording started in the Konk Studios in London, studios founded at the beginning of the 70s by Dave and Ray Davies (THE KINKS), in which people like BLUR, Elvis Costello, THE ARTIC MONKEYS, SUEDE, SPIRITUALIZED and, of course, THE KINKS, among many others, have recorded. The thing is, is that we have before us an unusual album, compared to the rest of the legendary FLECHAZOS’ ex-frontman’s career. We have the same levels of immediacy, maybe with even more energy, but the lyrics are full of vulnerable, vivid reflections from an author who has already been through a lot in this life and who feels, more than ever, full of things he needs to say. That’s where “Mi Universo” comes in, where we can hear echoes of today and yesterday intertwined: THE BYRDS and FOUNTAINS OF WAYNE, THE HOLLIES and TEENAGE FANCLUB, BIG STAR and THE STONE ROSES.

Everything points to “Mi Universo” being a masterpiece, an incomparable zenith, but the personality and strength in the album are so great that we already that it’s going to be a turning point in his work, a lasting reference to the image of the author that has managed to take a huge leap of faith without betraying the essence of his sound or musical discourse for even one second. And there are great songs, instant hits, like the title track “Mi Universo”, “Arizona” and “Primer Día”. Especially “Carrousel”, that intense, electric song with the progression that gave us goosebumps. On the great albums, the albums that are truly enormous, in the end you can’t point to one specific song, but the overall feeling you get from listening to the album as a whole. But these are things you can’t explain; you have to experience them for yourself.