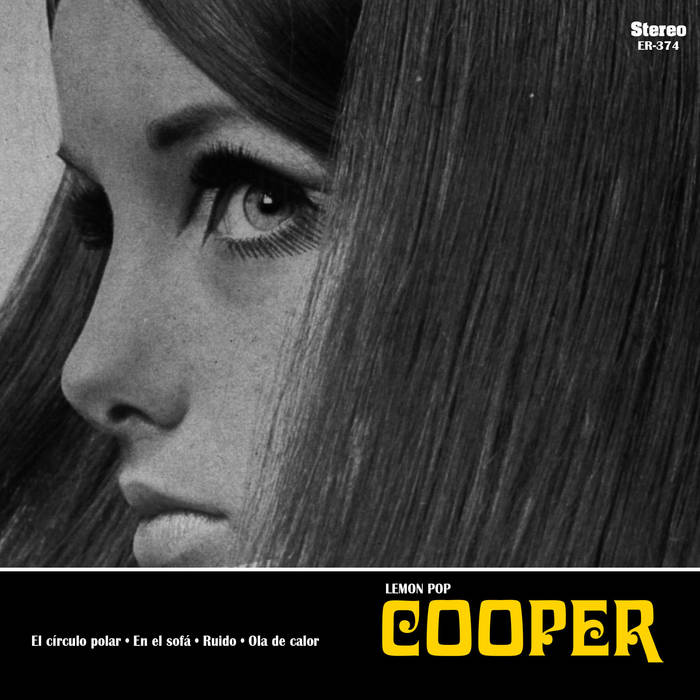 It has been over a year since we have released news regardingCOOPER and with the release of their last single in June of 2007, “Guárdame un Secreto” they dazzled fans and press to such an extent that it turned out to be the group’s most successful single to date. Throughout the first week on sale, it went directly to number 2 on the singles charts in Spain and maintained its status for more than twenty consecutive weeks. Now we have, “Lemon Pop,” the new COOPER single which fans have anxiously waited for with Alex showing the best of himself. He stays true to his beliefs, releasing his songs in small dosages, in going slowly, but surely, defending his concept of a nostalgic format and doing things his own way. In Alex’s own words, “Lemon pop is a sincere tribute to the [Lemon Pop] Festival in Murcia, as well as the other festivals which have helped us along the way, including FIB, Contempopranea, Ebrovisión, etc…besides, lemon pop is also a perfect bittersweet mix, like our songs: upbeat and swift melodies which at times, hide the sad and introspective words. ‘Bittersweet’ is the key word, I believe.” This is a clear recognition of the indie festivals throughout Spain and a quote which serves to also directly describe in two simple phrases the musical universe of COOPER.

This single is one and only. COOPER is living it up right now, with more encouragement as the days go by and with four songs that demonstrate their four poles of pop, the four poles of COOPER. “El Círculo Polar” starts it off with 100% COOPER flavour, the classic sound of the band, as in “Vertigo” and “Cierra los Ojos,” but it is surprisingly a cover of MYRACLE BRAH. A perfect adaptation of “Getting Over Delusion” which COOPER has made their very own and one which Andy Bopp is absolutely delighted with. “En el Sofa” is beautiful, a song about perfect love, peaceful, gentle, with delicious words about the beloved. As Alex says in his own words, “It’s the perfect sweet ingredient which could not be left off an EP, the summer hit which everyone discovers in autumn. With “Ruido,” the crazy guitar comes in with the accelerated powerpop, the rebellious young, shedding off many songs from LOS FLECHAZOS and which culminated in “Rabia”, the first cousin and predecessor to “Ruido.” “Ola de calor” - similar to “Steph”- is an exceptional song of COOPER, different but catchy, and the first time you hear the track, it converts into an immediate favourite: pop, colourful and psychedelic, very sixties and yet modern at the same time, fun, fresh and catchy and with two of Alex’s favourite groups: SMALL FACES and CREATION.

But wait...don’t turn it off just yet, there’s still more! As if these four songs and the delicious cover were not enough, although this time it’s not Catherine Deneuve as the protagonist, we wanted to give a gift to all COOPER fans and that is why we decided to include a fifth track. This track is composed of over an hour of cover songs played live at the infamous COOPER concert in Madrid on January 18, 2008 at Gruta 77. A full hour with COOPER live performing their favourite songs from various groups, decades and styles. From GIGOLO AUNTS to BUZZCOCKS, going through BADFINGER, THE MUFFS, THE HOLLIES, NACHA POP and THE FOUNDATIONS and last, but not least, LOS FLECHAZOS. What else could anyone desire?