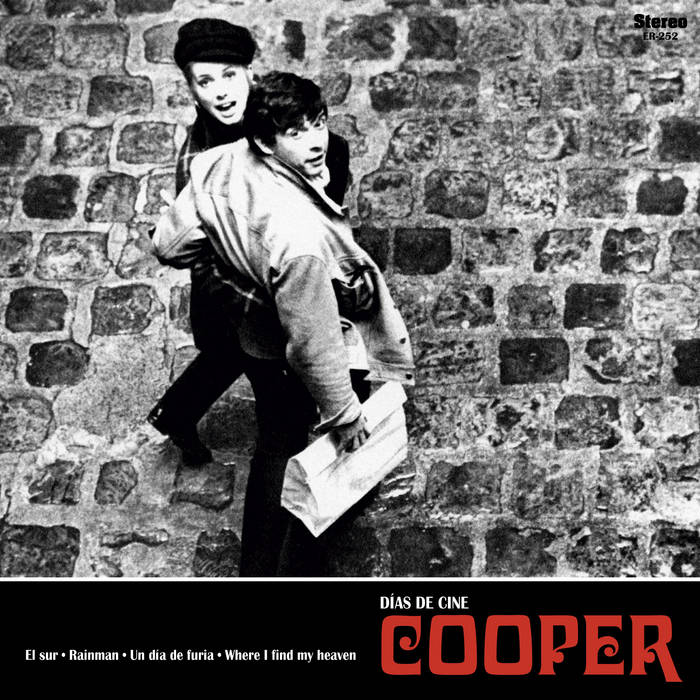 "Días de cine" is pop music on a big screen; almost fifteen minutes filled with hummable melodies, infectious rhythms and dreamy lyrics with the feeling of being alone in the darkness of a projection room: the disposable magic of the best pop music, condensed in its most natural format. "Días de cine" ("Cinema days", the name referring to an excellent late-night Spanish TV show) is the common title for these four three-minute pop songs, due to the references to cinema we find in the titles of the three original songs COOPER bring us in this new delivery. As usual, all comes in small doses of tasty guitar pop, wrapped in an elegant cover artwork featuring two guest stars like actress Catherine Deneuve and her ex husband, fashion photographer David Bailey.

The record opens with the song "El sur", that links to the poetic second movie from the short filmography by Spanish cult director Víctor Erice. Coming after "El sur" we find a mid tempo with guitars that could belong to the best moments by TEENAGE FANCLUB; the song is called "Rainman", referring to the movie starred by Dustin Hoffman in 1988. "Un día de furia", finally, is named after the Spanish translation of "Falling down", the explosive 1992 film starring Michael Douglas, and on it we find -as usual in COOPER's aesthetic universe- other mentions to pop culture as a painting by pop artist Robert Rauschenberg that hangs from the main character's room wall.
As a bonus track, COOPER end this fantastic EP with a cover version of "Where I find my heaven", a guitar pop classic from the 90's by American band GIGOLO AUNTS, which COOPER make their own with taste and skill.